Hi Cillian,
‍
Thought you would appreciate this!
I just applied for a casting and they sent me this in the mail

[I just visited your site, it's really great ! Well done, it's nice to have a clear and precise interface, it is often complicated to view the headshots, CV and reel of some actors]
‍
Couldn’t agree more !!

Mollie Keane is a bilingual English actress and voice-over artist based in Paris, France. Having completed her training at East 15 Acting School in the UK, she has since appeared in several short films and theatre pieces. In 2020, she won the award for Best Supporting performance at the Uptown Women's Film Festival for her role in "Raging Cult". 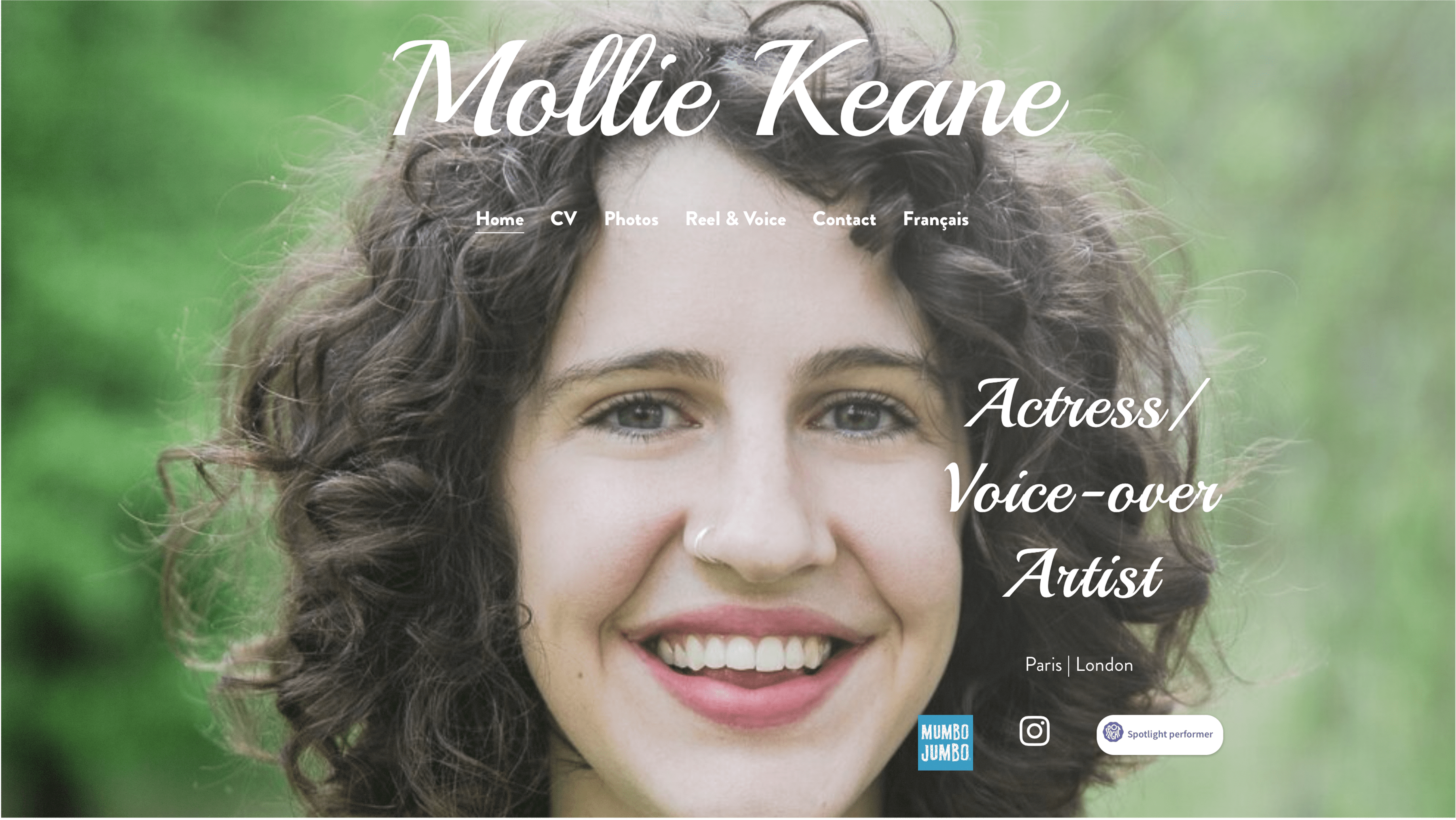 Together, we determined that Mollie's essence was that of the bubbly and kooky best friend or caring junior nurse who is ever supportive of those around her and has been written off by others as naive and childish but when push comes to shove, is not afraid to be firm with those she cares about and show them some tough love when necessary. In the end, she is the backbone of her friend group and the one we want to see succeed. 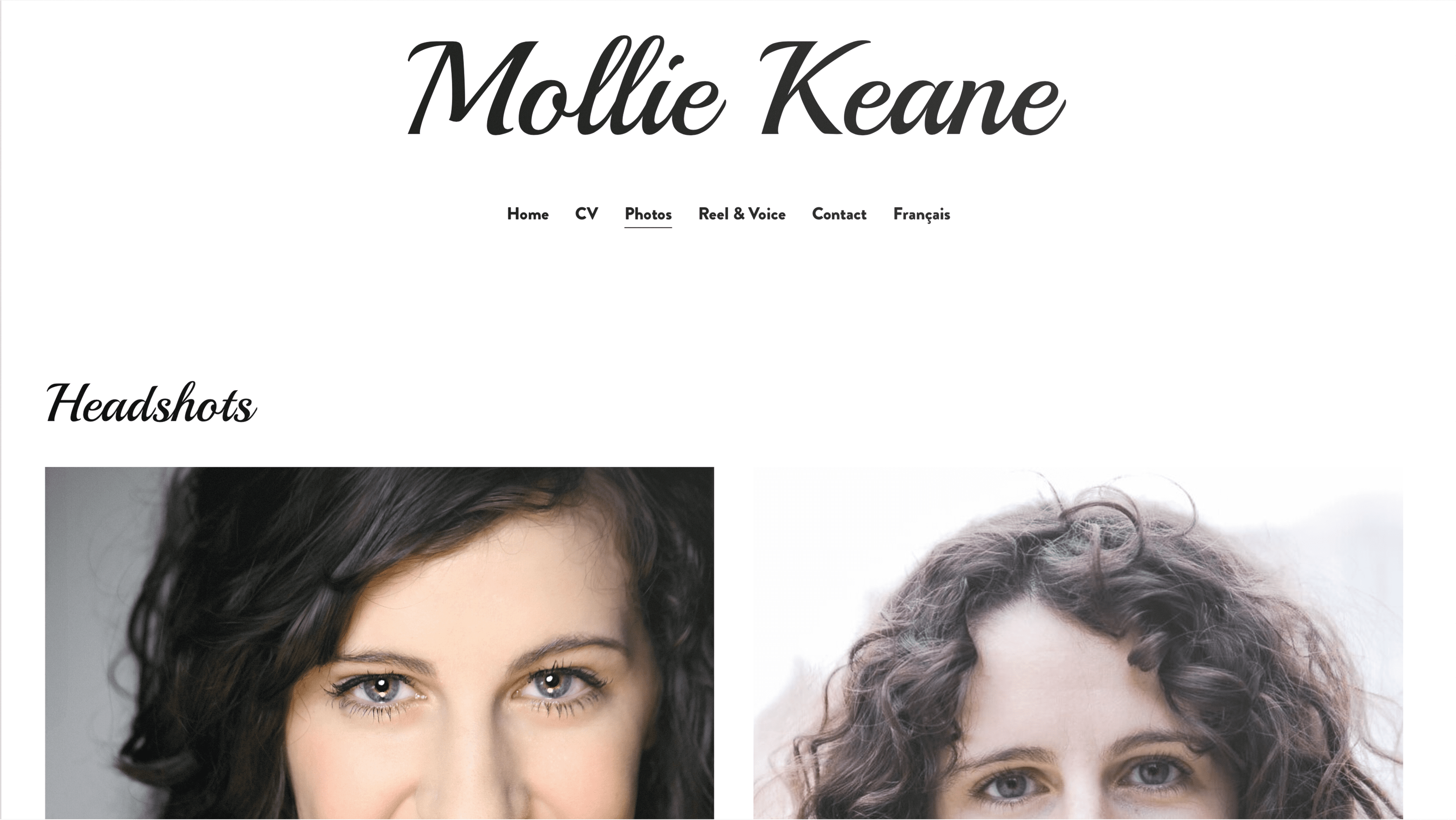 Once we had identified Mollie's essence, we decided her existing headshots weren't honed in enough on this and so we scheduled a shoot for new headshots. We made recommendations for strategic scenes for her reel and we also began building the website in the meantime, designing it around her essence. For example, the font we chose succeeds in communicating the playful and carefree nature of her essence while the clean and simple layout makes it very quick for those viewing the website to find everything they are looking for. 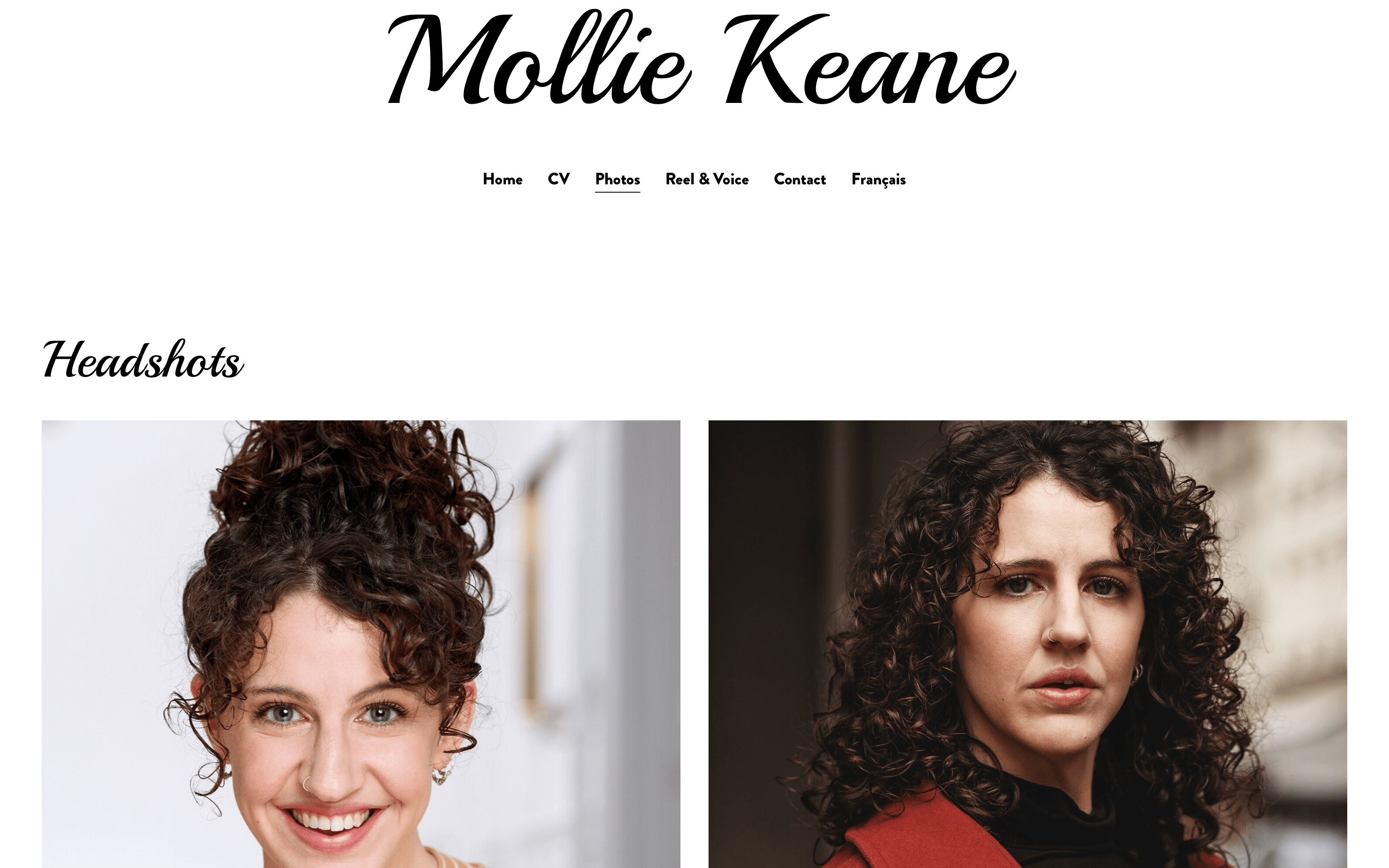